Outlook: stagnation rather than inflation

As the energy crisis and geopolitical tensions exacerbate the already significant economic damage caused by the Covid-19 pandemic, economies around the world are facing a difficult reality of stagflation. With inflation rates on the rise and economic growth stalling, markets are feeling the strain, and investors are taking a cautious approach to their investments. Meanwhile, consumers are struggling to contend with rising prices and stagnant wages, and government debt burdens continue to grow. With the global economy in a state of uncertainty, it is hard to predict how long it will take for markets to see a return to stability.

European oil and gas supply to tighten in 2023

In 2022, fundamental macroeconomic factors have had a significant impact on European energy demand. In October and early November, weather averaged three to four degrees higher than seasonal norms, resulting in reduced gas consumption from households, and in turn, lower consumer demand. Meanwhile, lower net demand for gas in China has meant there has been less demand for marginal liquefied natural gas (LNG) cargoes and, as a result, Europe has been able to maintain high levels of imports. As such, the base-case scenario is that inventories will be at 48% fullness at the end of winter – higher than initially predicted in April 2022.

Looking beyond winter, however, a key economic challenge will be fulfilling the supply deficit resulting from the lack of Russian imports. Additionally, in 2023, as China continues to reopen, we could see increased competition for LNG which may result in higher prices. To offset this, the market will need to optimise both supply and demand while reducing energy consumption. As a result, we expect to see continued elevated prices next year.

The oil market, on the other hand, has remained structurally strong in 2022 thanks to the large-scale strategic stockpile released in the United States since April 2022 – totalling 180 million barrels and contributing to lower prices in the second half of 2022. However, looking ahead to 2023, the growth outlook for US tight oil and OPEC is relatively constrained, and the potential loss of Russian barrels will further reduce supply. Therefore, as soon as the demand side accelerates, we can expect supply to tighten, leading to higher prices in the second half of 2023 of above US$100 per barrel.

Find below the session 1 (English)
“Is the worst behind or ahead of us?” 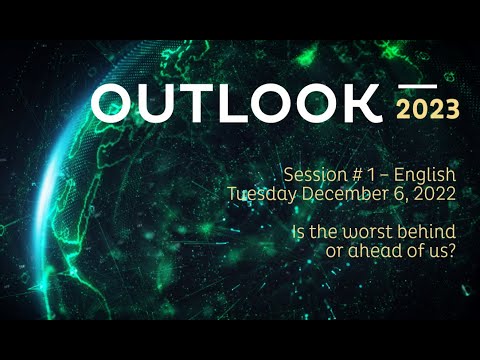 Markets face a choppy year ahead

The European Central Bank (ECB) is set to raise the deposit rate to 2.5% in March next year. This will have a significant impact on yield forecasts for the coming year. We anticipate the ECB is likely to see a large reduction in excess liquidity for Europe, with a EUR1.8 trillion reduction in the ECB’s balance sheet over the course of this year and into the next – considerably larger than the one we expect to see in the United States.

What’s more, the gap between swap rates and bonds remains wide, but it is tightening. We expect this trend to continue in the coming year, though we don’t anticipate a large rally due to the US bond market’s apprehension.

In the equity market, we expect an uneven path for 2023. In the US, we could see a mild recession in Q1 2023, but also a limited recovery with little fiscal or monetary impulse. As such, we anticipate that private equity (PE) expansion capacity will be limited in 2023 unless a significant correction takes place in H1. In Europe, on the other hand, equities are cheaper and fiscal impulse will therefore be stronger next year than in the US.

In the medium term, macro risk will be at the forefront and the strength of recession will be key to determining central bank activity. Indeed, a mild recession could see central banks remain more hawkish and, should a deflationary trend materialise, we can anticipate positive returns – most likely in the second half of 2023. Recovery should, in turn, enable PE expansion in Europe and, to a lesser extent, in the US. 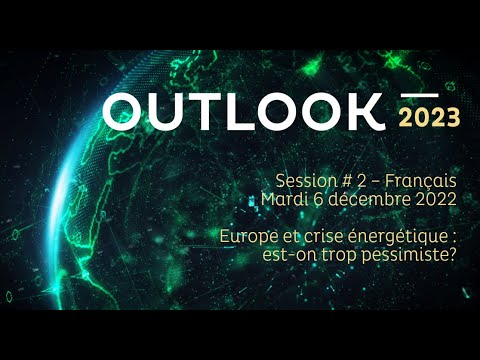 Rising interest rates have had a significant impact on the real estate market. Residential markets have seen a decline in house prices in areas where there is a higher dependency on variable mortgage rates or where there has been a high frequency of interest rate hikes by central banks, such as the UK and the US, with house prices dropping by as much as 3% over the past five months. In New Zealand, meanwhile, house prices are expected to drop by as much as 20%. In commercial markets, yields have become almost equal to 10-year swap rates. The office market, for instance, has now lost its illiquidity premium and, consequently, prices started to decline by 1% in Q2 of this year – and even faster during Q3.

In 2023, the office market in Europe is expected to decline by 10-15% due to the rising cap rate in Chinese markets, which has already increased by 30 basis points (bps). This could lead to a further decompression of 45-50 bps in Paris, although other cities such as Barcelona, Milan, Madrid, and London are expected to be more exposed to new market dynamics. On the other hand, Paris, Berlin, Munich, and Lisbon are expected to be better protected from the effects of the falling cap rate.

The recent performance of real estate companies on the bond markets has been a cause for concern, with total returns sitting at an alarming minus 70% year-to-date, compared with minus 12% for the overall credit market. This is largely due to the fact that companies in this sector are highly leveraged and are suffering as a result of increasing interest rates. This has resulted in companies taking proactive steps to ensure their financial security, with companies such as Aroundtown announcing that they may stop paying out coupons or dividends – a disappointment for subordinated debt holders, but, from a credit perspective, a sign of good financial discipline and corporate liquidity.

Find below the session 3 (English)
“World Outlook: decoupling ahead?” 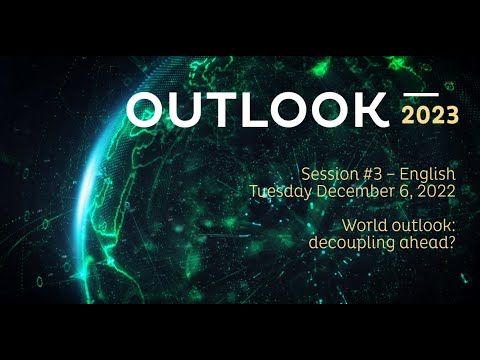 The reopening of China’s economy presents a mixed bag for Europe. On one hand, it is good news for global growth, as China will continue be a large contributor to the world economy in 2023. However, while China’s reopening is expected to happen quickly and on a large scale, this will be largely domestically focused, since the government will be cautious about over-extending its trade deficit as a result of ongoing tensions with the US. Overall, however, China’s growth is expected to lift global growth more generally – though benefits may be limited to commodity exporters.

Looking ahead, globalisation as we know it is coming to an end as value chains shift away from China. This is due to the EU's efforts to limit Chinese control, with companies such as Apple and Samsung looking for alternative bases in countries such as India and Vietnam. Nonetheless, this reshuffling is only a partial one: while China is no longer viewed as the sole option for expansion, it remains a large and appealing market, and some of the largest companies have not yet made moves to relocate.

Looking ahead, 2023 is expected to be another year of uncertainty and volatility. Governments, businesses, and consumers alike face economic challenges, from high inflation and rising debt burdens to the energy crisis and the shifting global value chain. Although the overall outlook is optimistic, current economic issues are likely to continue weighing on markets and the world economy. In order to ensure a return to stability and growth, governments will need to work hard to create an environment conducive to economic recovery.

To discover more on our Outlook 2023, have a look on the slideshows:

Transition – from bottlenecks to acceleration